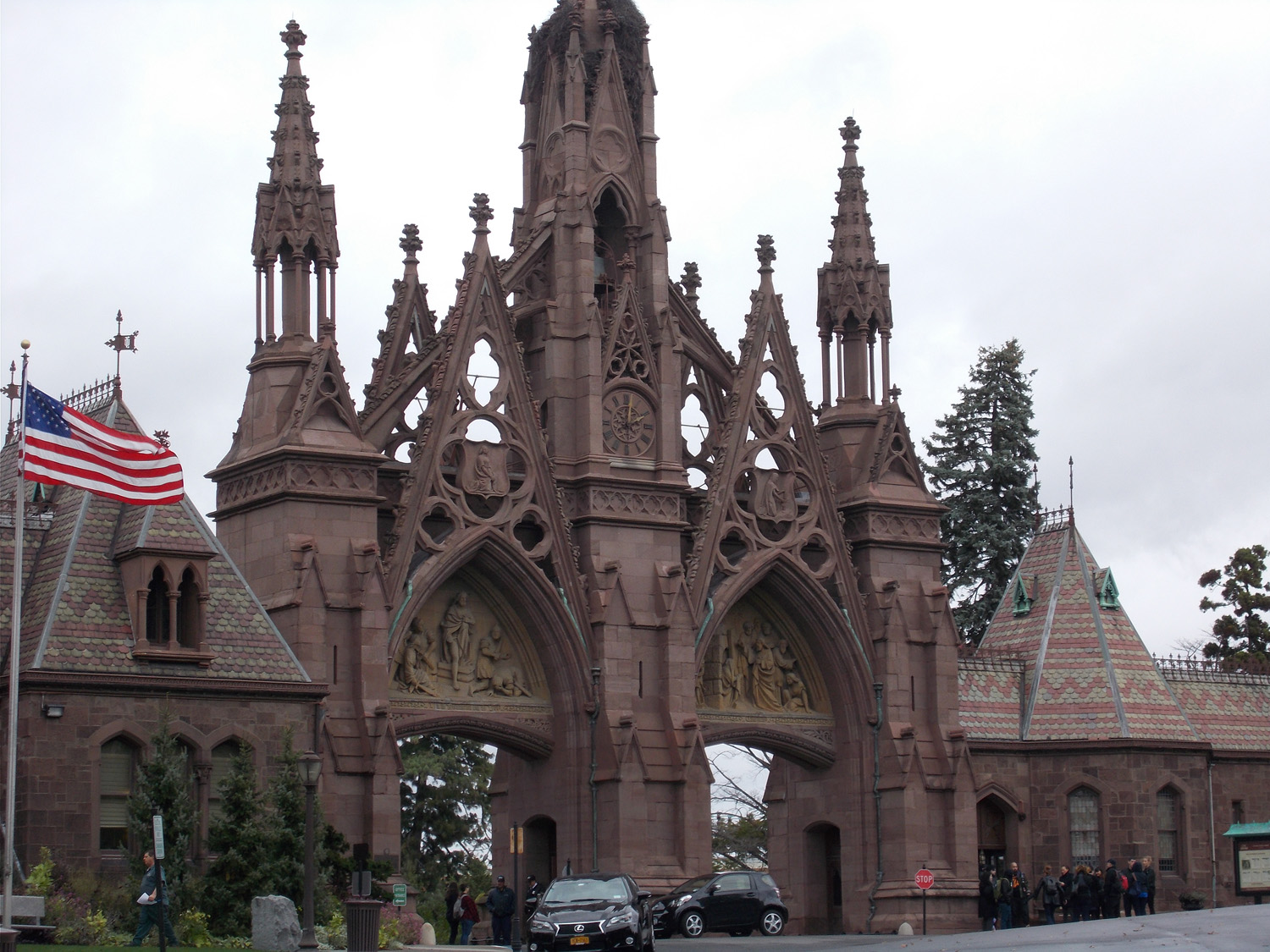 So you’re about to get married and every event space you’ve looked into already just doesn’t cut it for you. You’re looking for something more unique, something with a story that echoes through the walls and makes you feel as if you’re on an adventure.

The chapel in Greenwood Cemetery is just the place you have been looking for. The chapel was designed in the year 1911 and is still in amazing condition today, almost as if it was built yesterday. I guess you could say it was built yesterday, just a LONG yesterday ago. This amazing event space is brought to us and was built by the incredibly well known firm of Warren and Wetmore, who if you don’t know are actually responsible for a few other New York staples that includes The Yale Club, the New York Yacht Club, and most importantly Grand Central Terminal. IF you’d like to see the grounds and chapel for yourself, they offer various different levels of tours that are ripe for your choosing.

The chapel isn’t reserved just for weddings. Greenwood Cemetery welcomes events and occasions of all kinds. Whatever it is you may be in need of, may it be a birthday party, an anniversary, or even a film shoot. The grounds are open for you to reserve to do whatever you like.

As well as being the perfect place for your event, Greenwood Cemetery has been playing the home of illegal Monk Parrots. That’s right, parrots! Illegal ones! It’s not clear how many of these parrots actually reside in the park but the number isn’t anywhere close to being small. How they became to exist in the cemetery is just as clear, which is to say that it isn’t clear at all.

Here’s an excellent gallery of photos from an event Chez Vous catered at Greenwood Cemetary:

Why You Should Cater Your Thanksgiving Dinner