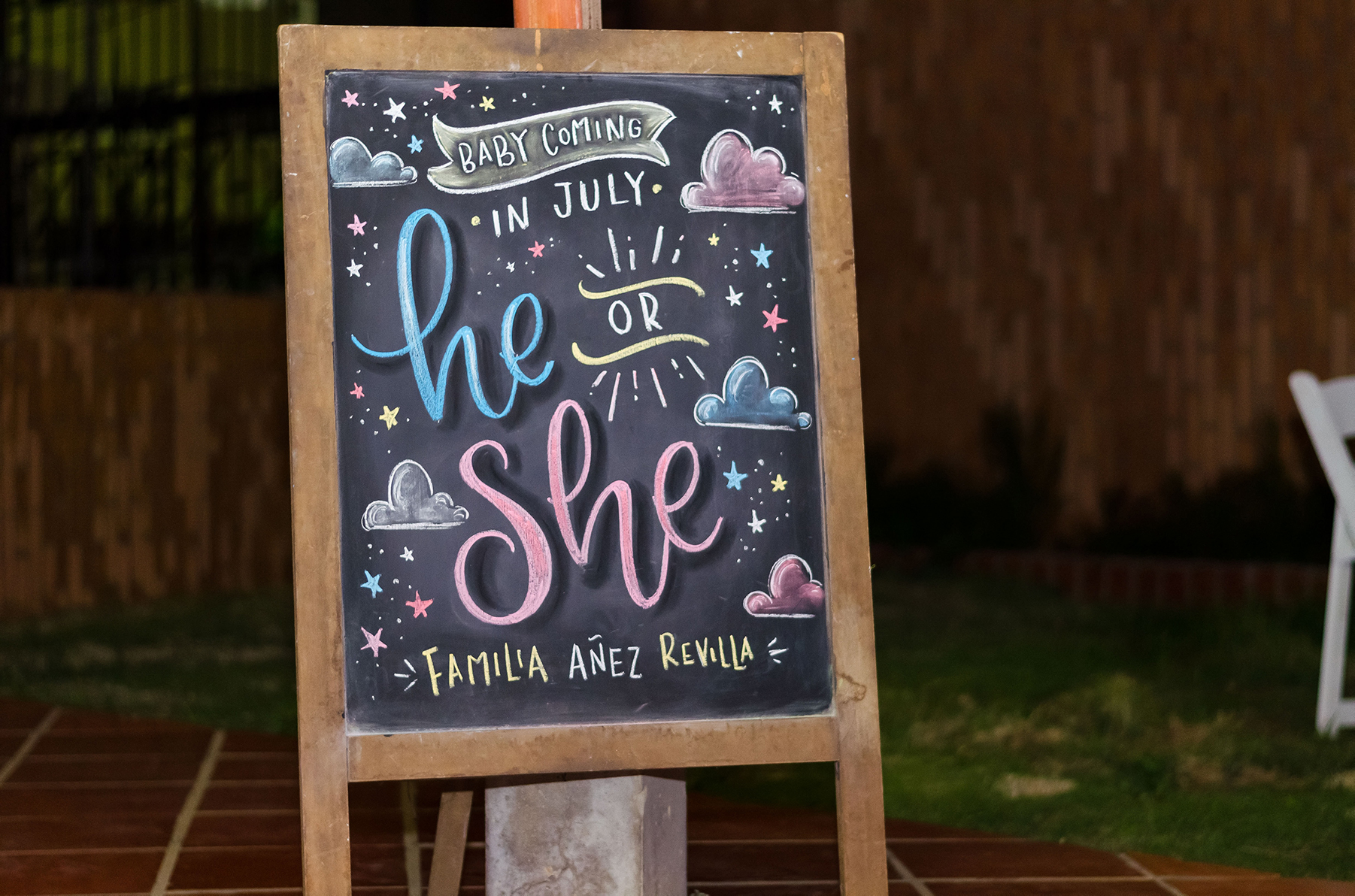 This is an old favorite for Staten Island gender reveal parties, and it’s incredibly easy to pull off. Have a trusted person who knows the gender pick up pink or blue balloons to fill the box. Simply fill a box with pink or blue balloons, and When it’s surprise time, simply open the box to unleash the balloons in the air at your Staten Island gender reveal party.

In light of the pandemic, this COVID-friendly idea requires the parents to reveal the baby’s gender on a video call. Their pink or blue backgrounds, or even their face masks, can alert attendees to the gender of the baby. Hosting a Staten Island virtual gender reveal party ensures the safety of friends and family!

Get showered with balloons with a fun Pull-String Pinata for your Staten Island gender reveal. Crafted from a paper lantern, it differs from a traditional piñata because you can easily open it with the pull of a string. It’s great for including young siblings and family on your special day!

Chez Vous is a full-service Staten Island catering company that offers everything from hall rentals to complete party planning services. We have a wide range of party rentals available for rent. Our team is more than delighted to cater at any location of your choosing on Staten Island or in the tri-state area. We can also host your event at our historic Edgewater Hall. It’s exceptional compared to other Staten Island catering halls. The main hall of the three-story Victorian building features tin ceilings, exposed brick walls, authentic French doors and windows, a glass-enclosed porch, and solid oak floors. The second and third floors are contemporary Manhattan-style lofts with a comfortable yet unique feel and great views of the Verrazzano-Narrows Bridge. So what are you waiting for? Call us at (718) 720-0900 to host celebrations for your Gender Reveal/Baby Showers, Weddings, Birthdays, Sweet 16’s, Engagements, and more.

2021 Wedding Trends To Know Before Booking Your Staten Island Wedding