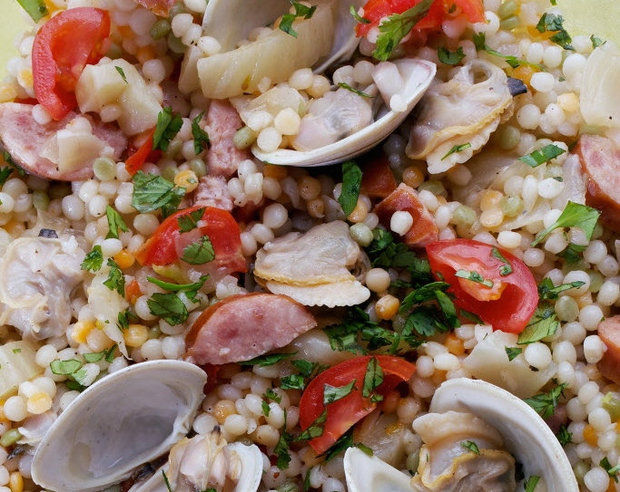 Dubbed “Clear Comfort Clam ‘n Cue,” the concept makes reference not only to the menu, but also to the venue itself, located at 2 Hylan Blvd. in Rosebank.

“Clear Comfort was the name the Austen Family gave to the homestead which we thought was an apt description,” said executive director Janice Monger.

Proceeds from the event, which costs $60 per adult and $20 per child, supports the historic grounds and building in which photographer Alice Austen once lived. The fundraiser runs from 2 to 6 p.m. It marks the first such casually-themed food fetes at the Austen House, which typically presents black-tie events and formal sit-down dinners such as its annual “Dancing Under the Stars” productions.

Clams will hail from Oyster Bay, Long Island. Ettore Mazzei of Chez Vous Caterers, Stapleton, will prime them on the half-shell, steamed in both red and white sauces plus Casino-style with shallots, garlic, red peppers and bacon.

We look forward to participating in further Clam ‘n Cues, as this years version was a lot of fun in a great Staten Island neighborhood!